online music: The Ronettes Whats So Sweet About Sweet Sixteen 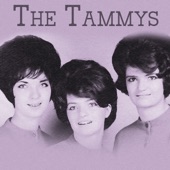 
All Album by The Tammys Artist

The Tammys were an American girl group made up of sisters Gretchen and Cathy Owens and their friend Linda Jones. The girls first met Lou Christie in 1961 at a concert where he was performing in the band Lugee and The Lions. A year later Lou hit it big with his single "The Gypsy Cried" and he brought the girls in to sing backup for him. He also signed them to a contract with United Artists and they recorded three singles. Despite local airplay, the weepy "Take Back Your Ring"