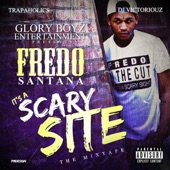 
All Album by Fredo Santana Artist

Derrick Coleman (July 4, 1990 - January 19, 2018), better known by his stage name Fredo Santana, was an American rapper from Chicago, Illinois. He was the older cousin of Chicago rapper Chief Keef and was generally known amongst fans for his trap music as well as his facial tattoos including the cross on his forehead. He was co-CEO of Chief Keef's record label Glory Boyz Entertainment and had also started his own record label Savage Squad Records. His debut studio album Trappin' Ain't Dead was released on November 20, 2013 via Savage Squad. 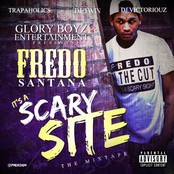 It's a Scary Site