Zade Dirani (Arabic: زيد ديراني) is a Jordanian pianist and composer. He has had great support from King Abdullah II of Jordan, Queen Rania, and Queen Noor. He has performed before Queen Elizabeth, Dalai Lama, Nelson Mandela, Laura Bush, and others. He has released three CDs, which reflect his studies of each culture while attending the National Music Conservatory in Amman and the Berklee College of Music in Boston. Audiences throughout the Middle East, Europe, and the United States have attended his performances in different places. 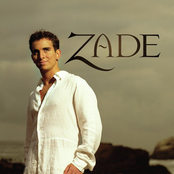