There are five artists using this name: 1) Yara (Arabic: يارا) is a Lebanese female pop singer. Her birthname is Carla, and she was discovered by Lebanese composer Tarek Abou Jaoudeh. Tarek became her producer, and also chose her stage name, Yara. He composed her first single, Hob Kbir, for her and it met with relative success. Yara's debut album, Twassa Fiyeh, came in 2005, with songs in the Egyptian and Lebanese Arabic dialects. Though she only shot a video clip for the title song, the album was a hit throughout the Arab world. 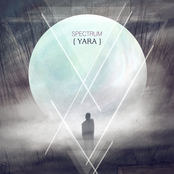