Willis Alan Ramsey (born in Birmingham, Alabama, on 5 March 1951) is an American singer-songwriter, a cult legend among fans of Americana and Texas country. His 1972 self-titled record Willis Alan Ramsey was the only album he ever recorded. Raised in Dallas, Texas, Ramsey graduated from Highland Park High School in 1969, and was a prominent baritone in the school's Lads and Lassies Choir. In his senior year, he played a leading role in the musical Carousel. 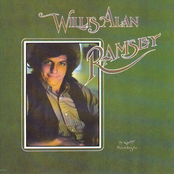