Calling to mind soulful and dynamic sounds, Wild Adriatic has won early acclaim from places such as Rolling Stone, USA Today, Relix and Guitar World. The band, touring out of Saratoga Springs, NY, routinely plays over 140 shows annually across The United States and Europe, and has over 1.5 Million Plays on Spotify. They will be heading into the studio in September of 2016 to record their second full-length album. The album was written in between 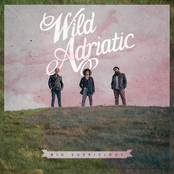