Verses are a band from Brighton formed in 2010. In June 2011 they did a 4 night tour with Summerlin and Courage Have Courage, finishing the tour in Nottingham on June 23rd. Played at Download 2011 In October 2011 they will be Joining Soil, Pudddle Of Mudd and Dear Superstar on tour for 8 dates. It is also the name of a solo artist: Twenty-five years in the making. The concept of the Listening Session has been ingrained in the heart and mind of a Maryland emcee (by way of Cincinnati) who was first introduced to hip hop in the early 1980s. 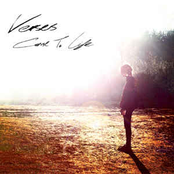 No World For Us