Born and raised in Houston's music-rich Fifth Ward, Trudy Lynn began singing in an era when the neighborhood's blues and early R & B culture was first turning on to a new sound known simply as soul. As a younger female working with established hometown favorites such as guitarists Albert Collins and Clarence Green, Trudy learned how to fuse classic blues elements with the music of the moment. Playing for savvy audiences at places such as Walter's Lounge 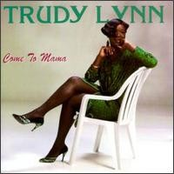