Tirzah is a singer-songwriter and recording artist from the United Kingdom. Her first solo record, the EP I'm Not Dancing was released in 2013 on Greco-Roman. In 2014, she released an EP No Romance, followed by her single Make It Up in 2015. Her debut studio album, Devotion, was released in 2018 on Domino records and became critically acclaimed. 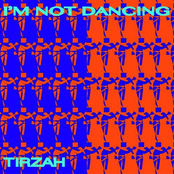