The Notting Hillbillies was a country music project formed in 1986 by Mark Knopfler, who was then lead guitarist and singer of the Dire Straits, with Brendan Croker, Steve Phillips, and Knopfler's bandmate Guy Fletcher. They made just one album, Missing...Presumed Having a Good Time. This album was released on Vertigo (Warner Bros. in the US) in 1990, before returning to concentrate on their primary musical outlets. The Notting Hillbillies have reunited several times for charity gigs. 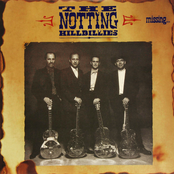 Missing... Presumed Having A Good Time

Will You Miss Me