The Go-Go’s are an all-female American rock band formed in 1978. They made history as the first all-female band that both wrote their own songs and played their own instruments to top the Billboard album charts. Formed in Los Angeles in 1978, the Go-Go’s initially consisted of Belinda Carlisle (vocals), Jane Wiedlen (guitar, vocals), Margot Olaverra (bass), and Elissa Bello (drums). They were formed as a punk band and had roots in the L.A. punk community; they shared a rehearsal space with X 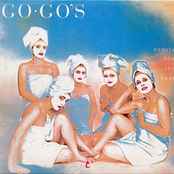