The Experience Brothers, first well known as The Experience, was born at Bekasi, West Java, Indonesia in November 2001. With only have 2 members. Bram (Vocal, Guitar), the youngest member, He decided to start to play guitar when he was 14years old, just by the first time when he saw Jimi Hendrix's Vcd. Daud (Back Vocal, Drum). he start to play drum at the age of 14. John Henry Bonham (Led Zeppelin), inspired him to play a bit louder and harder. The Experience Brothers choose 'Modern Psychedelic Rock Blues' as their music genre. 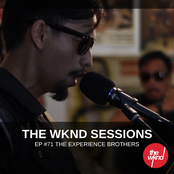