There is more than one artist with this name: 1) The Dream was the original band name of the multi-platinum funk-rock band Extreme. Singer Gary Cherone, drummer Paul Geary & company used the name from 1981-84 & released a self-titled EP in 1983. After recruiting guitar virtuoso Nuno Bettencourt to replace both guitar players & bassist Pat Badger in 1985, the name was changed to "EXTREME". 2) The Dream is a psychedelic band from Norway led by avant guitarist Terje Rypdal. GET DREAMY offers up ten tracks of the group's sonic adventurousness. 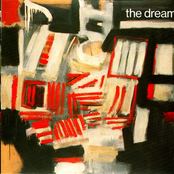