The Delmore Brothers were formed in the late 1920s by Alton and Rabon Delmore. The duo had a successful musical career throughout the '30s and '40s and into the '50s. The Delmore Brothers toured and recorded until Rabon's death in 1952. After his brother's death Alton recorded some solo material, but achieved little commercial success. Alton died in 1964. 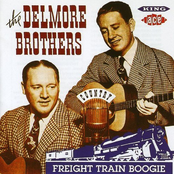