The Corn Sisters were a Canadian alternative country formed in 1998 in Vancouver. A two member women’s singing group made up of Neko Case and Carolyn Mark were a honky-tonk duo, they were known for humour. The Corn Sisters were together for over four years, till 2002. They no longer perform together, although they do occasionally appear together on stage on recordings. 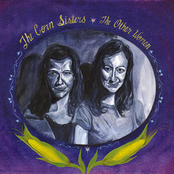 Neko Case and Her Boyfriends