Sofia Amanda Karlberg Zoubir (born 6 December 1996) is a Swedish Moroccan singer and songwriter who became a viral sensation when she covered BeyoncĂ©'s song "Crazy in Love" on YouTube. Her cover was a top 55 on the UK Official Singles Chart, Hot 40 UK, many weeks on Spotify's viral chart and on top of the charts on iTunes in many countries. She signed a record deal with Universal Music in 2016 and has released two original songs since. 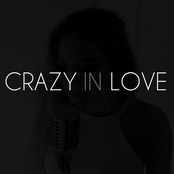