Silver Firs is a Bern, Switzerland based dream pop/psychedelic outfit with an affinity to world percussion and a naive nature romanticism. The band formed in 2011 around members of a now split up post-punk band. For more than a year, they have been working on their debut album in an improvised basement studio and in various living rooms across the city. The group refused to record in a proper studio â€“ not least because the studio time needed for 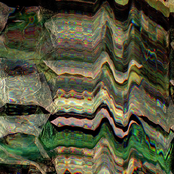