Shirma Rouse is a dutch R&B/Soul singer, who previously sang backup vocals for Anouk. In 2010 she released her debutalbum 'Chocolate Coated Dreams', featuring the single 'Gotta Be My Girl'. The albums Shirma Rouse sings Aretha & Dedicated To You (a duet album with Kim Hoorweg) followed in 2012. In 2013 Shirma was a backingvocalist for Anouk at the Eurovision Song Contest. She also entered The Voice Of Holland as a contestant and made all of the jury members turn their chairs at her blind audition. 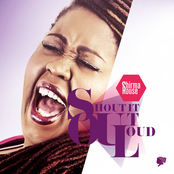 Shout it OUt Loud