There are two artists with the name Shareefa: 1) Shareefa Faradah Cooper (born March 12, 1984), professionally known as Shareefa, is an R&B singer. Shareefa has also lived in Charlotte, North Carolina. She signed with Disturbing tha Peace/Def Jam Recordings in 2005. Her debut single, "Need a Boss", features rapper/ labelmate Ludacris, was produced by Rodney "Darkchild" Jerkins, and also reached #62 on the Billboard Hot 100. Her debut album Point of No Return was released in October 2006 and charted at #25 on the Billboard 200. 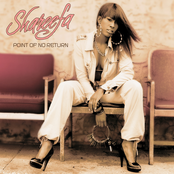