Shams can refer at least to one of following seven artists/groups: 1. a female vocalist from Kuwait 2. a folk and art music ensemble from Afghanistan 3. a Kurdish ensemble from Persia 4. a Persian Singer of 1950s 5. a female pop band from U.S.A. 6. a garage rock band from U.S.A. 7. an indie artist from U.S.A. 1. Shams - a vocalist from Kuwait. She is best known for her Khaliji dialect songs, but has made a successful crossover to Egyptian pop songs as well. 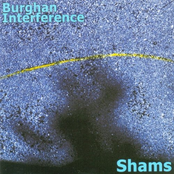