Selim Demirdelen was born in Stuttgart / Istanbul in 1969. He finished at Istanbul High School for Boys. After graduating from Istanbul University, he studied film at New York University for a short time. He then continued his master’s degree in the Department of Cinema and Television at Bilgi University. In 1994, Demirdelen won a prize for his first short films “Hasret” and “Çevre” in the IFSAK short film festival. In 1998, Demirdelen started working freelance director. 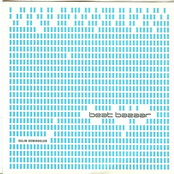