There are more than one artists with this name : 1. Death Metal from Berkeley, California, US. Released the demo "Haunted" and the full-length "Soul Recall". 2. Rude is Joshua Padarathsingh, an artist & producer from the Chocolate Milk collective who released the EP Final Frontier. 3. Rude aka Rudeman aka Rude Hi-Fi is an italian mc/dj who mix rap, reggae, drum'n'bass and latin music with a punk attitude 4. Rude was a Swiss metal / nu-metal band from the late 90's. They released at least one EP, the self titled 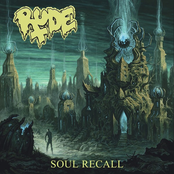