There are at least 2 artists with the name "Roxen": 1) A Romanian singer 2) A Pakistani rock band 1) Born in Cluj-Napoca on 5 January 2000 as Larisa Roxana Giurgiu, Roxen discovered their passion for music at the age of seven. They also took singing and piano lessons as a child. Signed by Global Records, they were featured on Romanian producer Sickotoy's "You Don't Love Me" in August 2019. The single attained commercial success in Romania, reaching number three on the country's Airplay 100 chart 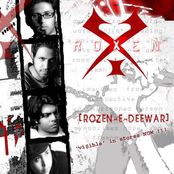