Ronald Reagan was the 40th president of the United States. He is renowned by many as a symbol of American conservatism. Reagan's legacy remains mixed, along ideological lines. His supporters praise how he helped to cut taxes, end the Cold War peacefully, bring down the Berlin Wall and the USSR, work towards nuclear disarmament between the US and Russia, and his advancements of anti-communism, free-market capitalism, business, and military. His detractors usually denounce his opposition to many social programs including Medicare 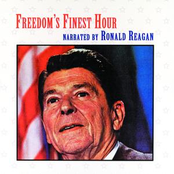