Rockie Lynne has appeared nationally on “Good Morning America,” CMT, GAC, The Grand Ole Opry “Live” and Fox News. His debut single, "Lipstick," was a top 30 hit and spent an impressive 10 consecutive weeks in the No. 1 slot on Billboard’s Country Singles Sales chart. Lynne first made a name for himself when he released his critically acclaimed debut CD on Universal Records South in 2006. Lynne wrote or co-wrote all of the songs on his self-titled debut, and was named a “breakout artist” by ABC-TV’s “Good Morning America. 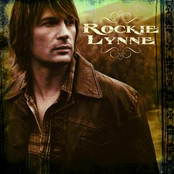