Rebeka started in 2008 as a solo-project of Iwona Skwarek, who composed and performed her songs with the use of a Casio keyboard. In 2010, she started working with a producer Bartosz Szczesny. On 12th of April 2011 they released they first track as a duo - a remix of a song called "Roksana" (which was never released in original previously). The concept behind the project is to differently tackle the studio recordings from their live performances. 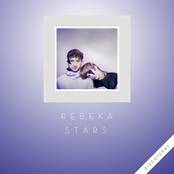