Ray Scott refers to two musicians. One is a contemporary country musician. The other was a rockabilly star from Indiana who produced classic rockabilly music in the 1950's, often with his band, the Demens or his other band, the Four Recorders. Ray Scott (Henry Raymond Scott) died in 1999. The contemporary Ray Scott grew up outside of Semora, North Carolina. He was influenced by the farming community around him and by the country outlaw movement (Johnny Cash, Merle Haggard, Kris Kristofferson, Waylon Jennings, and Willie Nelson). 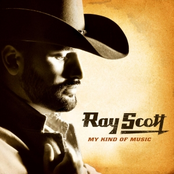 My Kind Of Music You Drive Me Crazy