Polarbeers were a progressive punk band from Milan, Italy whose shows included rock, hard rock, punk, grunge, stoner, blues, psychedelic and funk elements. The band was formed in 2007 and has since then changed many lineups. Their critically acclaimed self-titled debut record, Polarbeers, was released on June 30th, 2013; while touring and promoting the album, they published the videos for Everywhere But Home (2013) and 1MV (2014), together with their very own interpretation of the Bee Gees' classic disco hit Stayin' Alive. 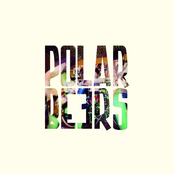 The Curse of Wendigo