There is more than one artist sharing the name Paul Banks. One resides in Denmark, one resides in Texas, and one is the frontman of the band Interpol. 1) Paul Banks is the name of the frontman of the band Interpol, Banks was born in Clacton-on-Sea, Essex, England. His family left England when he was three years old, moving to Bloomfield Hills, Michigan, and then to Spain where he attended the American School of Madrid. His father was later transferred to Mexico, where Banks finished secondary school. 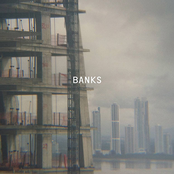