Singer Patti Drew had the first hit version of "Workin' on a Groovy Thing," later a 1969 Top 20 R&B/pop hit for the 5th Dimension. She began her singing career as the lead singer of the Drew-vels, which included her sisters Lorraine and Erma and bass vocalist Carlton Black. Born December 29, 1944, in Charleston, NC, Drew grew up in Nashville, TN, and later moved with her family to the Chicago suburb of Evanston. During her teens, she attended Evanston High and sang with her mother and sisters in church. 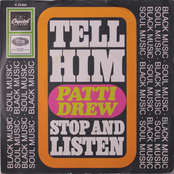 Working on a Groovy Thing: Best of Patti Drew 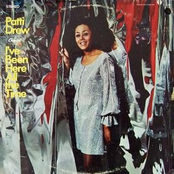 I've Been Here All the Time