There are at least two artists that have gone by the name "P": 1) P was a short-lived band formed in early 1993 by Butthole Surfers' Gibby Haynes, actor Johnny Depp, Sal Jenco, and Bill Carter. The band had their first gig at the Austin Music Awards in 1993 and released one self-titled album in November 1995. They have also been said to play the odd gig at Johnny Depp's Viper Room. 2) P is a DJ, producer and remixer, located in Trebinje, Republic of Srpska. 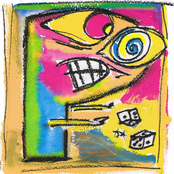 Gibby Haynes and His Problem