Oscar Benton (born Ferdinand van Eif on February 3, 1949) is a Dutch vocalist and the founder of the Oscar Benton Blues Band in 1967. The band rose to fame in 1968 by being a runner up in the Jazz Festival, Loosdrecht, Holland. In his solo career, Oscar Benton released with his 1981 homonymous album the Bensonhurst Blues, written by Artie Kaplan & Artie Kornfeld, and produced by the EMI Records. The Bensonhurst Blues, which is considered to be Oscar Benton's best hit, was part of the soundtrack of the 1999 movie La Bûche. 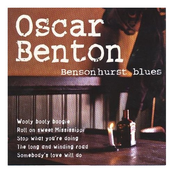