There are multiple artists with this name: 1. OMC (Otara Millionaires Club), a pop duo from New Zealand 2. OMC (One Man Crew), a trance musician from Israel 1) The Otara Millionaires Club were formed in 1993 by Phil Fuemana after his earlier bands, "Houseparty" and "Fuemana". His younger brother Pauly joined soon after and they recorded two tracks for producer Alan Jansson's Urban Pacifica collection Proud. After a falling out with his brother 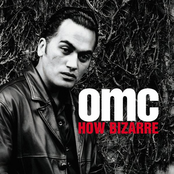