Star of the cinema and leading guitarist of the Orient, Omar Khorshid (Arabic: ‏عمر خورشيد‎) (* 1945 in Kairo; † 29. May 1981) has also composed the music for thirteen ﬁlms and in 1971 won the Premier Prix at the Film Festival of Tachkand for his music for the ﬁlm "Tbnati El Aziza" . He is renowned as one of the greatest guitarists of the Arab world and has accompanied its leading singers, including Umm Kulthum, Abdel Wahab, & Abdul Halim Hafez. 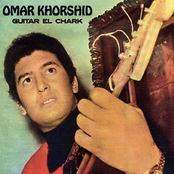 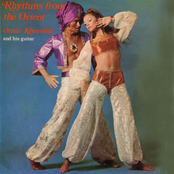 Rhythms From The Orient