There is more than one artist with this name: 1) Mom is the midi-rock diary project of Devi McCallion. Equally influenced by lo-fi emo, obnoxious queer electropunk, and laid-back girl rap, Mom has been sporadically updating a personal blog with writing, drawings, photographs and hastily assembled song since early 2013 but didn't release her first album, "Self-Titled" under this moniker until 2014. She has since released three more numbered albums and an EP under the alias. 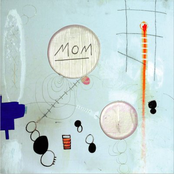