Melhem Zein is a Lebanese singer. He first came to prominence in the first installation of the TV show "Super Star", the Arab world's equivalent of "American Idol". Melhem Zein's Lebanese following became so intense that when he was voted out of the show, a large crowd demonstrated in Beirut in protest Melhem Zein, also transliterated Melhem Zain (Arabic: ملحم زين‎) was born on October 21, 1982 in Shmistar, Lebanon. His stardom began after being ranked 3rd in Super Star 1, the Pan-Arab version of Pop Idol. 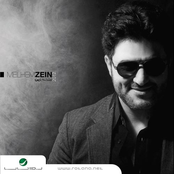