McLean (previously known as Digga) came to the publics attention through his song, "Broken," originally released independently in 2007. After a name change and a major label deal McLean has filmed a video for his re-released single and is also one of the "Young Soul Rebels" featured on the "I Got Soul" War Child single. He is brother to the Hull City striker Aaron McLean, one half of the infamous 'Mac-Attack' strike partnership, and cousin to 90s pop sensation Bitty McLean. 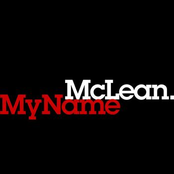