1.)M.B.S is an Algerian musical band. The name M.B.S is an acronym for the Microphone Breaks the Silence. M.B.S includes 4 members: Yacine, M’hanad, Redwane, and Rabah. The group was formed in 1993 when its four members were still students. Their goal was to create a new alternative music style. M’hand is a passionate of French Rap. Red One (Redwane) is passionate about American rap. Yacine is a specialist of arrangement. Rabah is a former member of the group ‘R-boyz’, the first Algerian rap group. 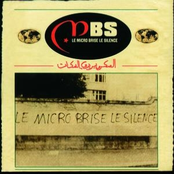