'Marcos Hernandez' was born in Phoenix, Arizona in 1982 and raised in Dallas, Texas. Hernandez was discovered by Vanilla Ice manager Tommy Quon. He is a Mexican American pop singer whose debut single, If You Were Mine, was released in August 2005. The single got a good amount of airplay on Pop and Rhythmic stations and slowly crept up to the Top 25 on Top 40 radio. The single also went to #1 in South Africa. The video for the single was shot in Echo Park, CA. 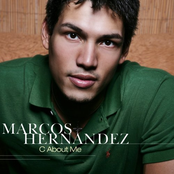