French-Armenian chanteur (1935-1985). Marc Aryan was born as Henri Marcarian in Valence, France, as the son of Armenian parents on november 14, 1935. The young man had a tendency toward literature and languages (he would speak 9), poetry and eventually also to chanson. At the age of 20 he decided he'd become a composer and thus started learning single-handedly piano, solfège, harmony and counterpoint in just 3 years. In 1959 he recorded in Paris his first song "Ballade", with himself as a singer and released at his own expense. 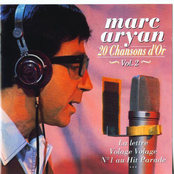