Make-Shift Romeo is an alternative rock band native of SouthWest Florida who formed in the rise of ashes that was Twisted Method. Shortly after their unexpected breakup, singer Derick "Tripp" Tribbett, and bass player Derek Desantis took two songs from their upcoming second album, and formed Make-Shift Romeo. Starting with the two remaining members of Twisted Method, (Ben Goins left for religous reasons, Andy Howard left to be with his family and has since passed on. 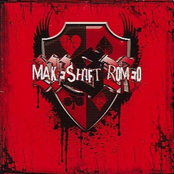