Evolved from the multi-instrumentalist rhythmic collective Lulu and the Lampshades, London four-piece Landshapes bring together ramshackle percussion with folk-pop melodies and joyous harmonies. The lineup was unchanged from their 2009 incarnation, which featured Luisa Gerstein, Heloise Tunstall-Behrens, Jemma Freeman, and drummer Dan Blackett -- the only constant in a rotating lineup that saw instruments passed and shared among the other members. 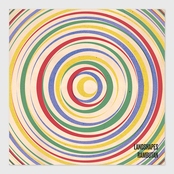 Charlie Boyer and The Voyeurs