Kyrre GÃžrvell-Dahll (born 1991), commonly known by his stage name Kygo, is a Norwegian musician and remixer. He has collaborated with artists such as Selena Gomez, Ellie Goulding and Imagine Dragons, and remixed tracks by the likes of Whitney Houston, Ed Sheeran, and Coldplay. Kygo's videos have been viewed over 3 billion times on YouTube. Kygo started to learn to play the piano at age six through lessons. He decided to have a go at remixes and creating electronic music after discovering Avicii at age 15-16. 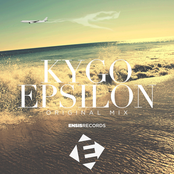