Kristian Merrill Bush (born March 14, 1970 in Knoxville, Tennessee) is an American folk rock and country musician. From 1990 to 2001, Kristian was a member of the folk rock duo Billy Pilgrim along with Andrew Hyra. After leaving Billy Pilgrim, Bush joined Jennifer Nettles and Kristen Hall in the group Sugarland as background vocalist and guitarist. Bush and his wife, Jill, have two children, a son Tucker and a daughter Camille. Bush's brother Brandon is a former member of the rock group Train, and also tours with Sugarland. 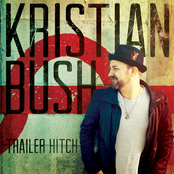