Kontrabanda @ MySpace 1. „Kontrabanda“ (“Contraband”) is one of the most mysterious and unpredictable groups in Lithuanian scene. It was created in about 1990. Since 1993 it recorded five albums, but only one of them („Blūdas“ – “The Rampage; 1995, M.E.G.A. Records) was released “legally”. All other albums were released in minimal number of copies by unofficial underground record businesses – it came out later that none these businesses actually existed (Old Bones Records and others). 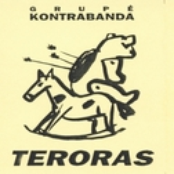 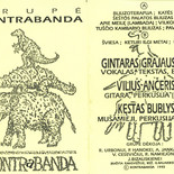