Kirk Lorange is a Canadian now living in Australia where he moved in 1975. He spent close 20 years in Sydney where he became one of the busier session players, contributing to scores of album tracks ( like Richard Clapton, Mark Hunter, Renée Geyer, Kevin Johnson, Swanee. Jon English to name but a few) and several movie soundtracks. He also played in and around Sydney in many line-ups, the longest stint with Chasin The Train. In 1994 he wrote and 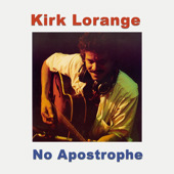