Kevin Michael is an R&B, Soul, Funk, Pop artist from Philadelphia, PA currently signed to Victor Entertainment. According to Victor Entertainment, on March 16, 2011, Kevin released his 2nd album "Internaâ ional" in Japan featuring the lead single, "Spread The Love" a duet with Emi Maria. His first EP release "Ya Dig?" was featured on iTunes and the single "We All Want The Same Thing" was featured on iTunes Store as the Single of the Week. His self-titled album hit stores October 2 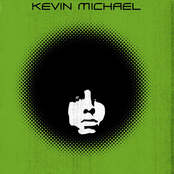