There's two artists named Kessler: a rockband from Dallas and an electronic music producer from Northern Ireland. 1. Kessler is a DJ, producer & musician from Belfast, based in Rotterdam. Techno, breakbeat & everything obscure in between. 2. When you write great songs it doesnâ€™t take long for the world to find out. Formed in 2005 (although a few of the members have known each other since high school), Kessler was just another Dallas band trying 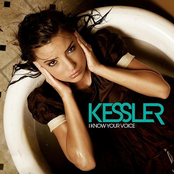 I Know Your Voice