Katia Harb is a Lebanese singer who began her musical career by participating in LBC's Studio Al Fan. Her debut album was "El Bab El Aali", which was succeeded by "Baye'ni" and "Men Dalla?". After a long absence from music, Katia returned in 2004 with a changed image, and her biggest hit yet, "Katia". "Katia" was Katia's first independently-produced album, and also her most famous with hits like "Ma Fina", "Ad El Hob", and "Abadan". Katia took an indefinite break from music, and public life in general, in 2005 to study faiths. 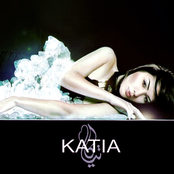