Katelyn Marie Tarver (born November 2, 1989) is an American actress and singer. She is known for her recurring roles as Jo Taylor on the Nickelodeon series Big Time Rush, Natalie on the ABC series No Ordinary Family, and Mercedes on ABC Family The Secret Life of the American Teenager. Tarver took part in the reality television program American Juniors. Competing against thousands of others who auditioned for the show, she reached the top 10 but didn't win a spot on the 5-member band. 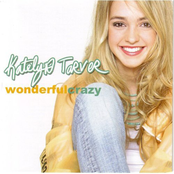